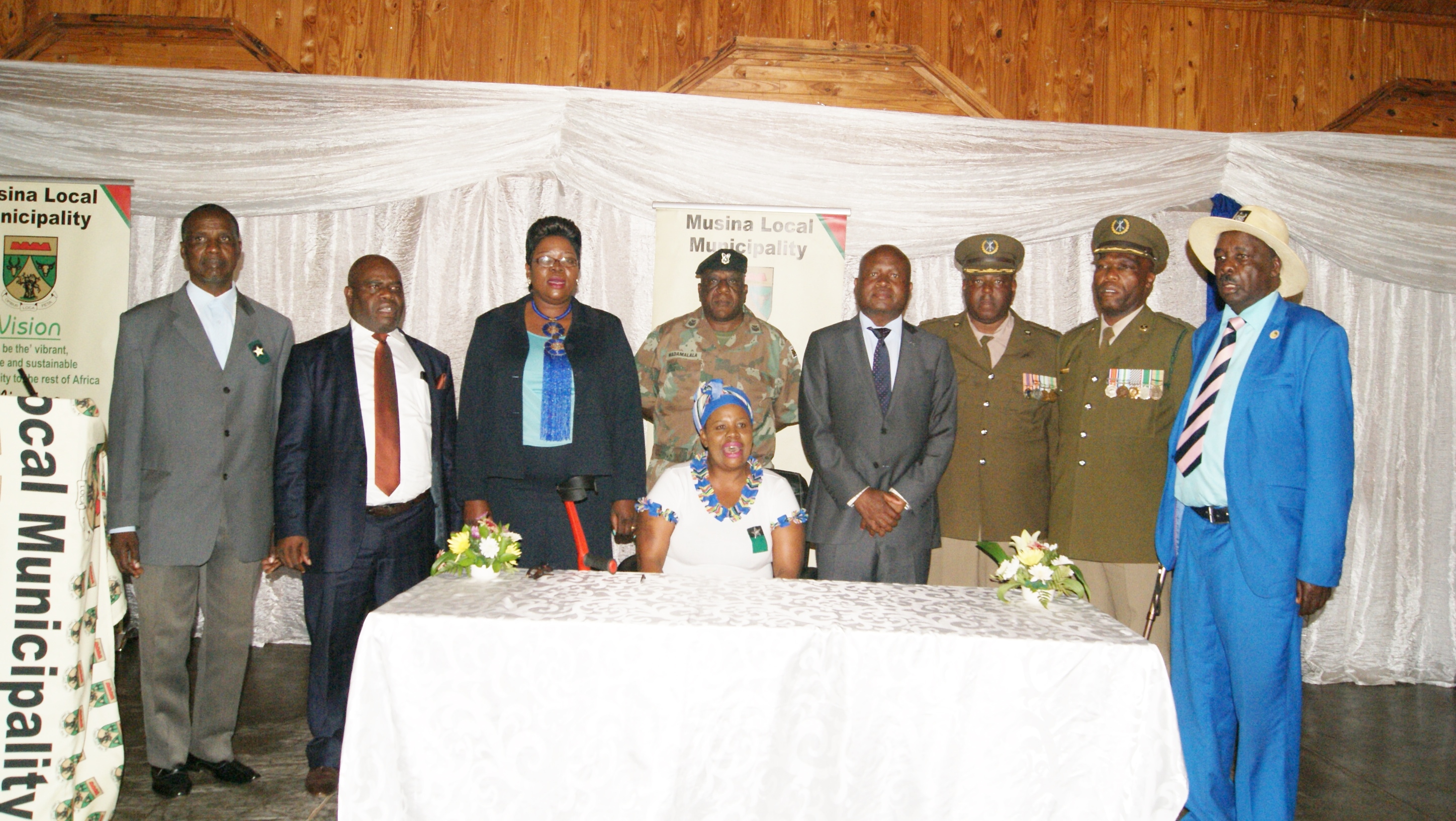 An amount of R7million has been put aside to construct a sports centre at Ha-Manenzhe, while R8million has been budgeted to provide the rural communities with a community hall at Muswodi during the incoming 2019/2020 financial year. This was revealed by the Mayor of Musina, Cllr Mihloti Muhlope when she presented the state of the municipality address at Musina Showground.

Muhlope said other projects include the construction of the multipurpose centre in Nancefield at a cost of R7million and a further R6million has been put aside to construct paved roads in Nancefield. She said it is of critical importance that Musina Local Municipality makes every effort to ensure that its budget has value for money and that the expenditure and income are at optimum levels to secure basic service delivery.

Muhlope also gave progress on the projects that the municipality is currently implementing. “Last year during the budget speech, we announced some of the projects that we would be undertaking.  I now have the pleasure to give the progress report thereof. The construction of paved roads in Nancefield, which was budgeted for R4million is nearing completion and the work is at 76%. Masisi Sports Centre, which had a budget of R5,2million is now at 75%.  Together with the provincial government, we managed to build 580 houses for our needy community members. This simply demonstrates that we are serious about fighting poverty and to improve the lives of our people.”

She says the municipality continues to provide more than 3 000 indigent people with free services. “During the current financial year, the municipality is providing free services to more than three thousand indigent families at a cost of over R4million. These are the people whose joint family monthly income is R3 500.00 or less. Each beneficiary of the municipality’s indigent policy receives 6 kilolitres of water, 55 kilowatts of electricity and hundred percent free sewer and refuse removal services every month. We will continue to do the same in the new financial year.”

She said she was happy that the mayoral bursary continues to change the lives of young people in Musina. “Last year during this time, we reported that in the past six years, the mayoral bursary had produced fifteen graduates. I’m glad to announce that the number has now increased to seventeen. This is because we have produced two more graduates this year. We will continue to invest in education because we need educated young people who will be able to support the Special Economic Zone in our municipality.”