Farewell Cllr Carol Phiri as she joins the National Assembly 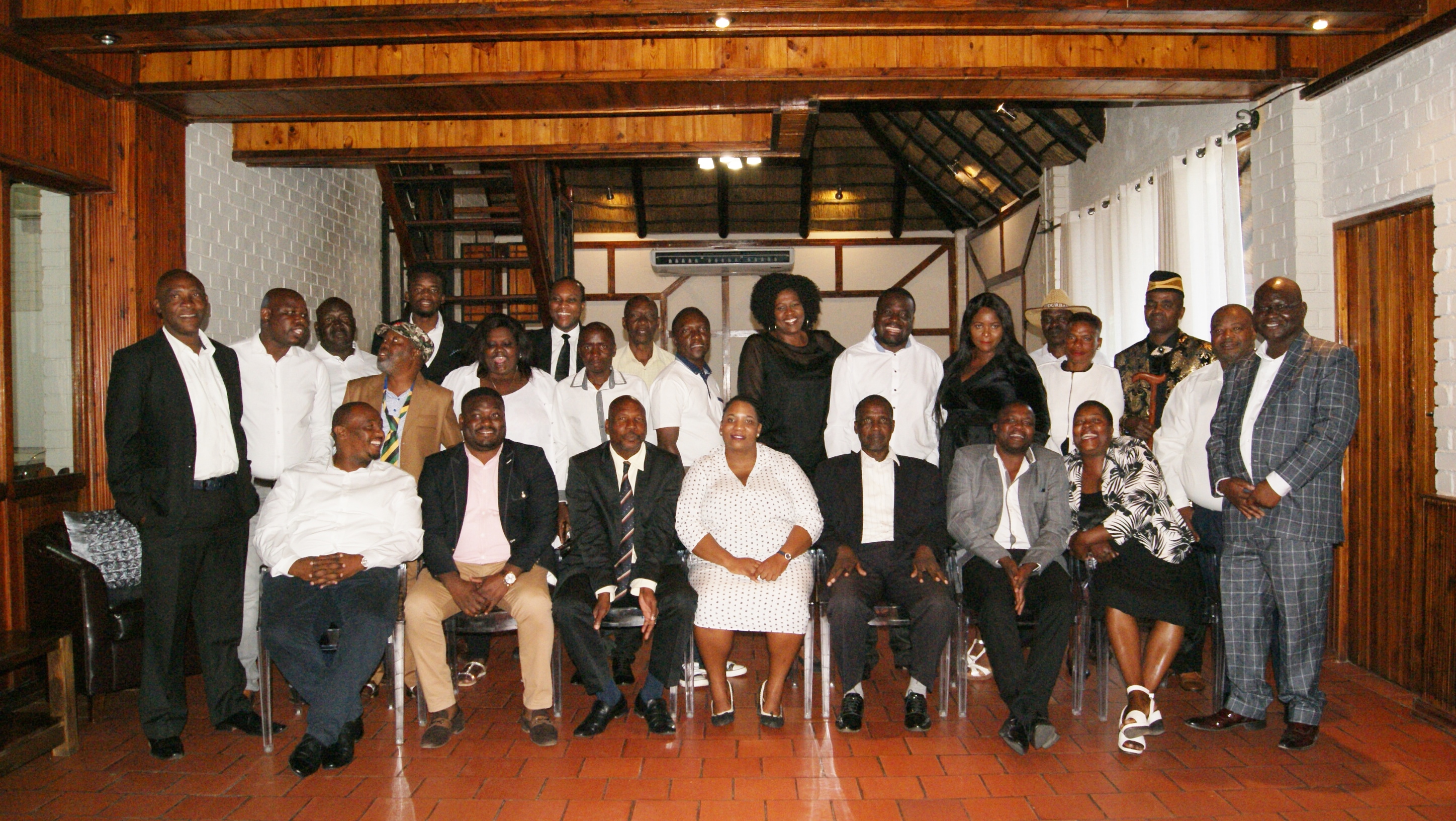 Cllr Carol Phiri (seated middle) captured with fellow councilors and the management team of Musina Municipality during her farewell function at Mudzwiri Lodge.

“Cllr Carol Phiri, always remember that you are not going to represent yourself in the National Assembly, you are going to represent the people of Limpopo, Musina in particular. Thank you for the good times and sweet memories that you shared with us here in the Council of Musina Municipality.” These were the words of the Speaker of Musina Municipality, Cllr Gilbert Netshisaulu. He was addressing councilors and the management of Musina Municipality during the farewell function of Cllr Carol Phiri who has joined the National Assembly after the recent general elections. The event took place at Mudzwiri Lodge and it was sponsored by Renuna Trading Enterprise and Mudzwiri Lodge.

Netshisaulu said the municipality is very proud of producing a national asset like Carol Phiri. He said it is very difficult to say goodbye to someone who is considered as a member of the bigger family in the Council of Musina Municipality. “When we meet in life, we become very excited of getting new company, but the hardest part is to say goodbye to a colleague like Cllr Carol Phiri who has always been there when we need her. For Carol Phiri to join the National Assembly is a huge achievement in our lifetime. This proves that we also have capable leaders who can compete with our counterparts in the rest of South Africa. Even though your time of serving in this council is over, the memories of working with you will never leave us, they will nourish us to continue to deliver the much needed services to our communities. Indeed, we are very proud of this development.”

He continued: “On behalf of Council, we wish you a life full of happiness and joy as you begin a new journey in life. It may be hard to say goodbye but I know that better things are on your way – cherish them – but never forget where you come from and always keep in touch with your roots – the people of Musina. Given your courage and hard work, I have no doubt that you will be successful in your new role.”

The former mayor of Musina and ANC PR councilor, Phiri said she was humbled by the fact that she was going to represent her people in the National Assembly. “Serving in the Council of Musina Municipality helped me to grow politically and to understand how government works. I will put the interest of people before mine so that we can fast track service delivery in our country.”