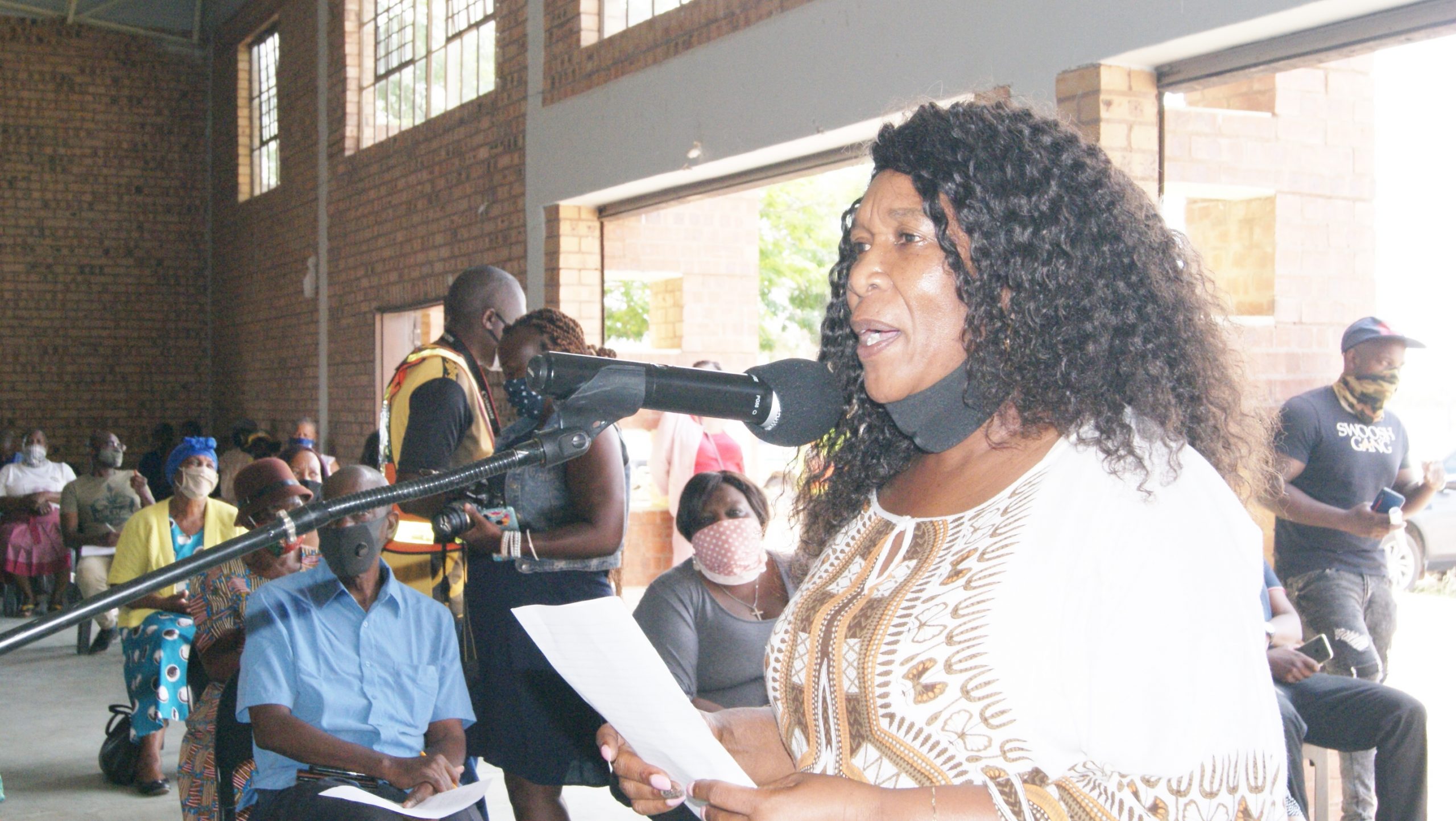 A community member raises a concern during the engagement with Coghsta MEC at Musina.

The MEC for Cooperative Governance, Human Settlements and Traditional Affairs (Coghsta), Basikopo Makamu has commissioned a verification process to confirm whether people who are staying in the low cost (RDP) houses in Musina are the rightful owners or not. He said anyone who is found staying in the RDP house illegally will be evicted and the house will be reallocated to the rightful owner.

Makamu was addressing representatives of stakeholders during his public participation programme at the New Nancefield Community Hall, Musina.

“Every time when I do interviews on national radio stations I get calls from Musina people complaining about the illegal occupation of RDP houses. I have also received several reports and complaints in this regard and today I decided to come and hear from the community members myself. I have brought my teams here today so that they can assist me to get the relevant information to kick-start the verification process. We are here today because we know that there are problems and we need communities to give us information so that we can solve those problems with the urgency they deserve.” Said Makamu.

Makamu said he deliberately delayed the handing over of 415 title deeds in Musina because he wanted to make sure that the title deeds are given to the rightful owners. “The verification process will help us to identify the rightful owners of the houses. Whoever gave the key to the illegal occupant of an RDP house will have to account. The verification team should give me biweekly reports before I personally come back to do my inspection. Our law enforcement agencies will help us to evict everyone who is staying in the RDP house illegally. We cannot have a situation where poor people continue to remain victims of power abuse while we, as government, are not doing anything to protect them. We are here today to lay basis of solving these RDP houses problems here in Musina. When we do our work in the offices, we should be informed by what the people on ground are saying. We need all the information from community members in order to solve these problems here in Musina.”

When responding to the concerns raised by community structures, the Mayor of Musina, Cllr Mihloti Muhlope said the engagement was fruitful because government now has first-hand information of what is happening on the ground.  She also welcomed Makamu’s low cost housing verification process and said it will help to eliminate unlawful occupation of RDP houses in Musina. “Programmes of this nature helps us to understand what our people want. It is important that as leaders, we should always keep in touch with the people we represent. All the issued raised here today will be given priority. Those that are not the competency of the municipality will be referred to the relevant departments and stakeholders for immediate attention.”