Munzhelele is the new directly elected councillor for Ward 1 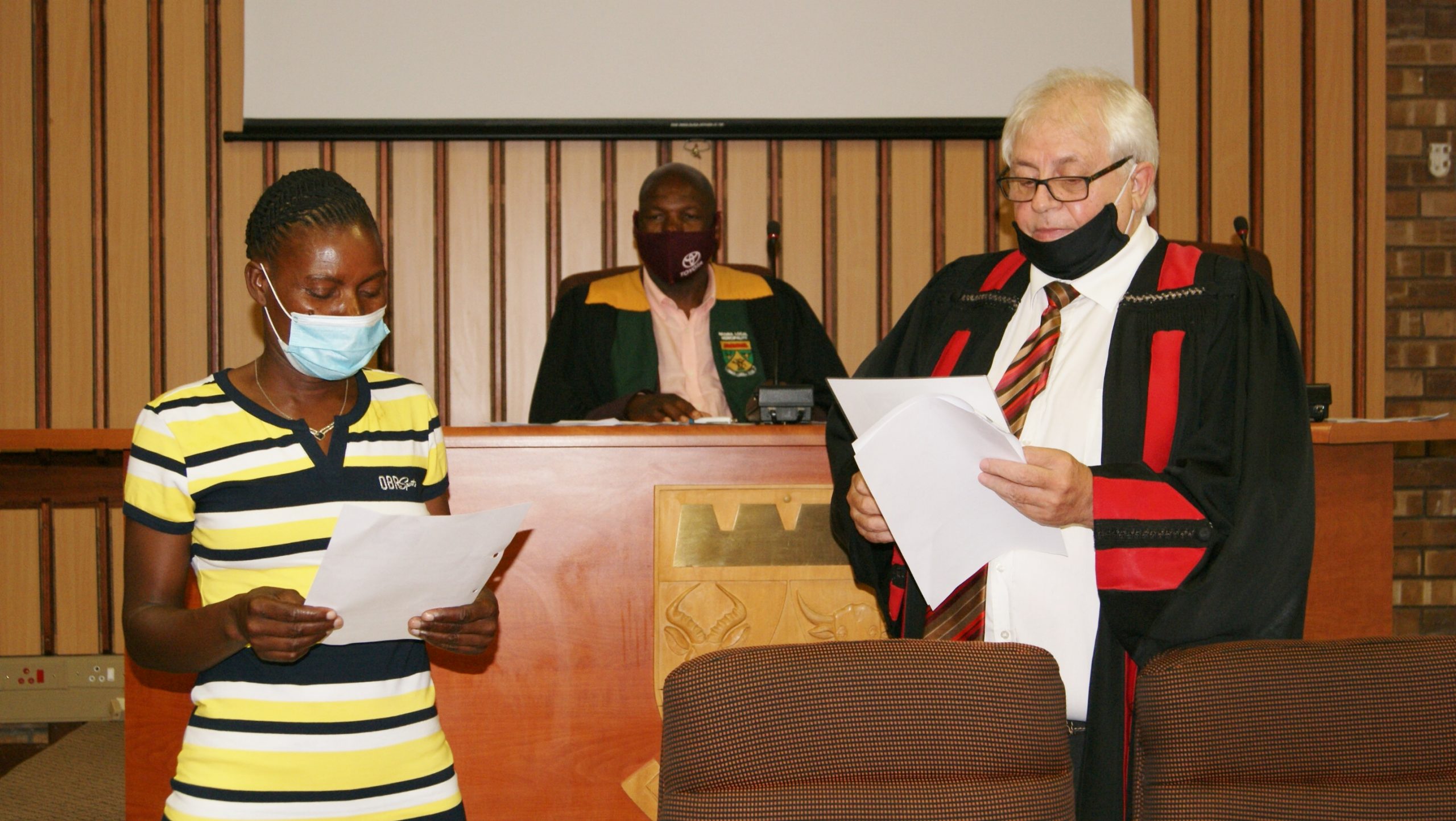 “I swear that I will be faithful to the Republic of South Africa and will obey, respect and uphold the Constitution and all other laws of the Republic and I solemnly promise to perform my functions as a member of the Musina Local Municipality to the best of my ability.” These were the words of the newly directly elected councillor of Musina Ward 1, Mashudu Meltah Munzhelele when she took the oath of office during an urgent special Council meeting at Musina Municipality Council Chambers. Munzhelele took the oath before Senior Magistrate Willem Guldenhuis.

Ward 1 of Musina Municipality is made up of rural villages, the farming areas and part of the Musina Town.

Munzhelele, who contested the by-elections on behalf of the ANC, replaces the late Cllr Gift Phiri who passed on two months ago. The by-elections were held on Wednesday 09 December 2020. During the by-elections, the ANC emerged a winner with a total of 693 votes followed by DA with 241 and the EFF with 158 votes.

Munzhelele said she would immediately hit the ground running shortly after her swearing in. She thanked the ANC for entrusting her with the responsibility of leading the ward. “I couldn’t have made it on my own but I thank my organization, the ANC, for having trust in me. It is also very important to thank all the voters who took their time to cast their votes for me during the by-elections. There are those who spent sleepless nights campaigning for the ANC before the by-elections and they seriously deserve a pat on their shoulders.”

She said she would invest all her energy to make sure that her Ward receives the much needed services. “The late Cllr Gift Phiri has laid a very good foundation and I will pick up the spear where he has left off. However, I need the support from traditional leaders, ward committees, community structures and the Ward 1 community at large to execute my duties with ease.”