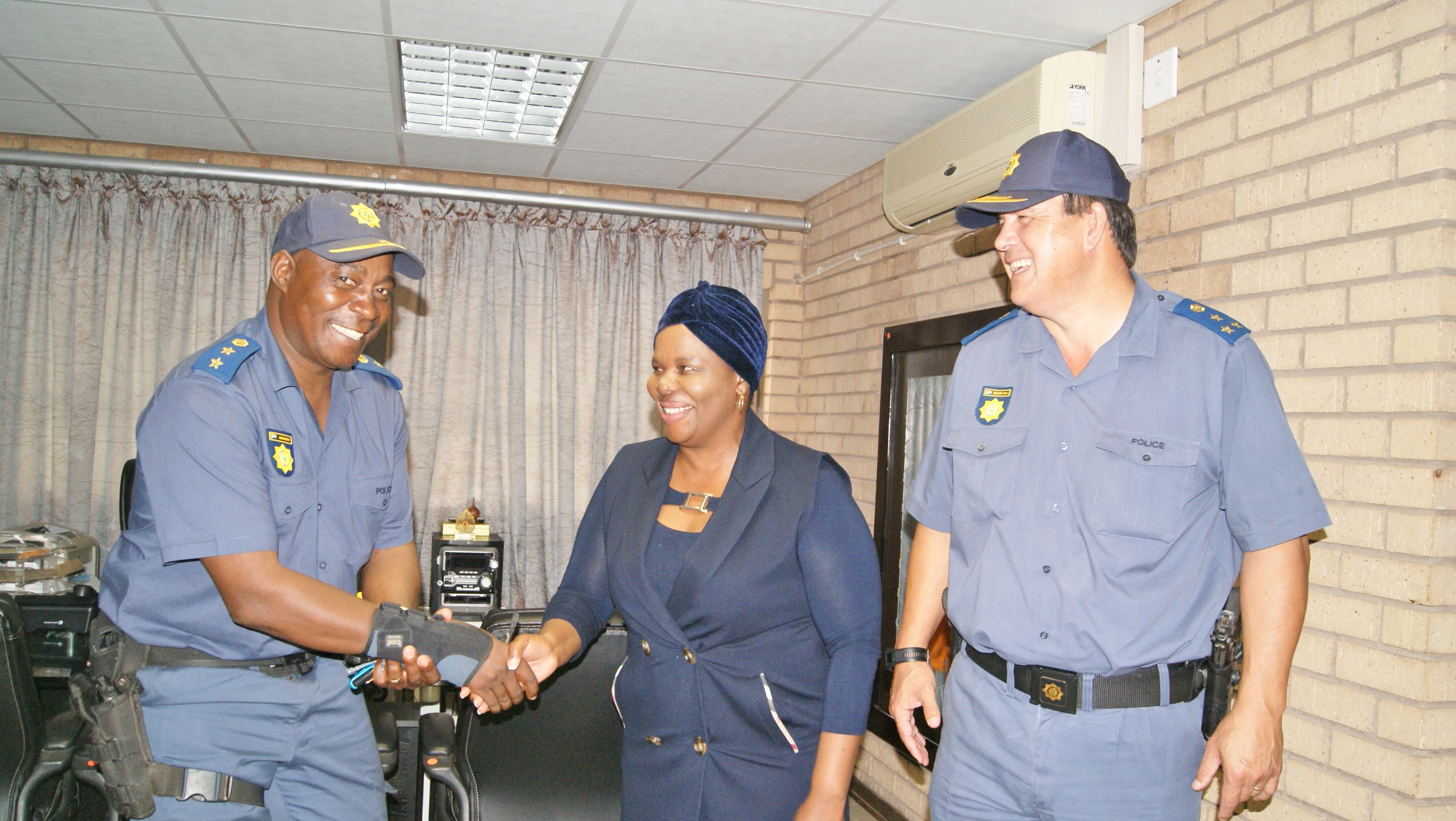 The Mayor of Musina, Cllr Mihloti Muhlope welcomed the new Station Commander of Musina SAPS, Colonel Mmboneni Simon Mukwevho. The welcoming ceremony was held at Musina Municipality. Mukwevho, a former Makhado Cluster Deputy Commander, replaces Colonel Solomon Munzhedzi who has been deployed to Makhado as a Deputy Cluster Commander. Mukwevho faces a huge task of leading 143 police officers in Musina SAPS in order to address the high rate of criminal activities in the border town.

Muhlope pledged her full support to the new station commander and committed to work closely with the police to reduce crime in Musina. “Given his extensive experience in the police services, we have no doubt that the new station commander will add value to the safety of our people here in Musina. We are concerned about the high numbers of murders, armed robberies, dealing in drugs and common crimes but with the arrival of Colonel Mukwevho, we are convinced that we will see a lot of change in the near future.”

In his first week of arrival, Mukwevho met representatives of community stakeholders, business people and the local joint operational committee to come up with a comprehensive roadmap to fight crime in Musina.

Mukwevho, who has 29 years’ experience in the police service, said he was glad to receive a warm reception from the Mayor. He said: “I feel very honoured to have been deployed to Musina because I have dedicated my life to the fight against crime. I plead support from community structures and members of the public so that we can easily win this war against crime.  Working together by exposing criminals will make Musina a peaceful place to stay and invest. We are confident that we will restore Musina to its former glory.”

Amongst his other previous roles, Mukwevho was a Unit Commander for the Dog Unit in Thohoyandou. He also served as head of the Dog Unit in Vhembe who was in charge of the Flying Squad and the 10111 unit. He had also been previously in charge of visible policing in Makhado zone with 11 police stations under his command. His other previous roles include being head of the crime task team in Thohoyandou and unit commander at Polokwane International airport. He also served as the coordinator of visible policing in the Makhado Cluster. He had also in the past been deployed to stabilize identified criminal hotspots in Seshego and Retavi.